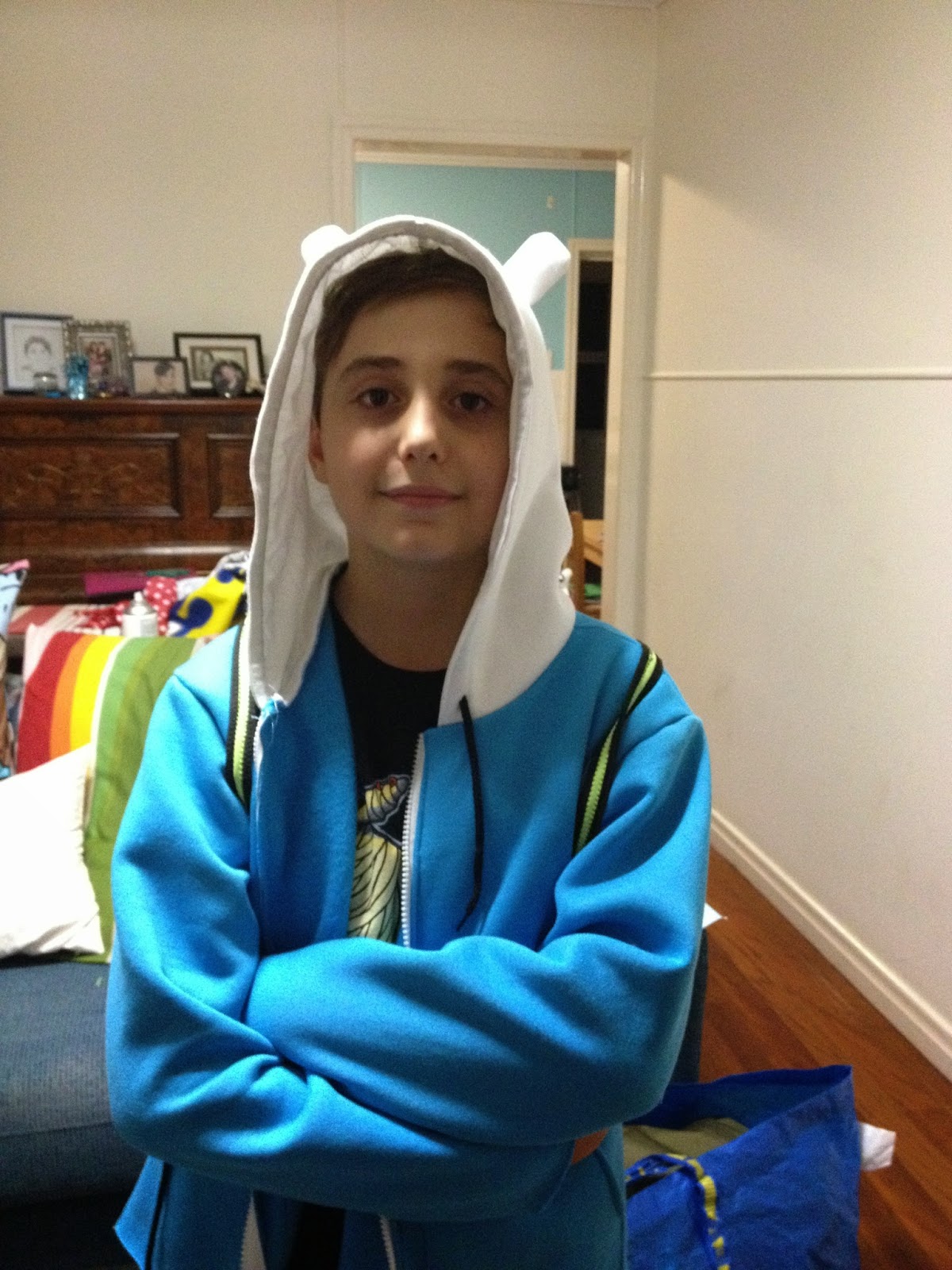 It's not finished here... he was so excited .... I needed to finish one side of the zip, hemming  and the binding bit on the neckline. 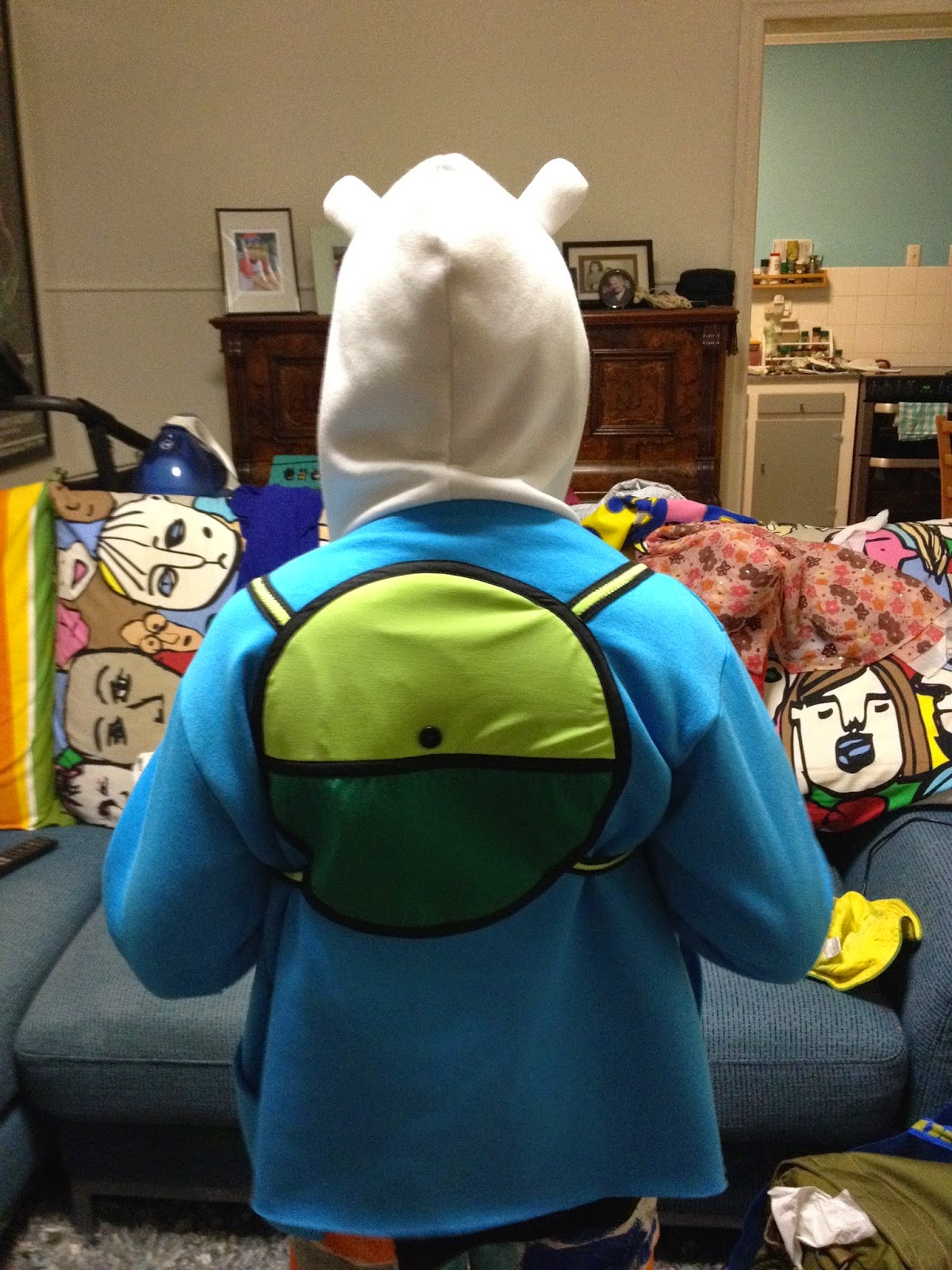 We have two winners in fact. Alex LOVED the sweatshirt and Colesworth commented knowledgeably that it was Adventure Time show copy. When Alex came in on Sunday night and saw it (not quite finished) on the couch, he was happily shocked it was "so good".  When I told him I was making it for him on Saturday, he was being very polite and said "oh, thanks Mum, but no offence, I don't think I'll take it". He's at that age where perception is very important - if it was anything other than perfect, I knew he wouldn't wear it. I was very happy with his reaction. Such joy in making him happy!

If the sweatshirt wasn't an option, he (as most boys his age) wanted to go as some creepy, dark thing (wearing his cloak I made - so that's still good) but I came across a picture of a sweatshirt you can buy for about US$60.  It's printed with a little dog creature (don't know it's name) popping out of the pocket. Cute, but I had no transfer paper to do that, so it's left off. 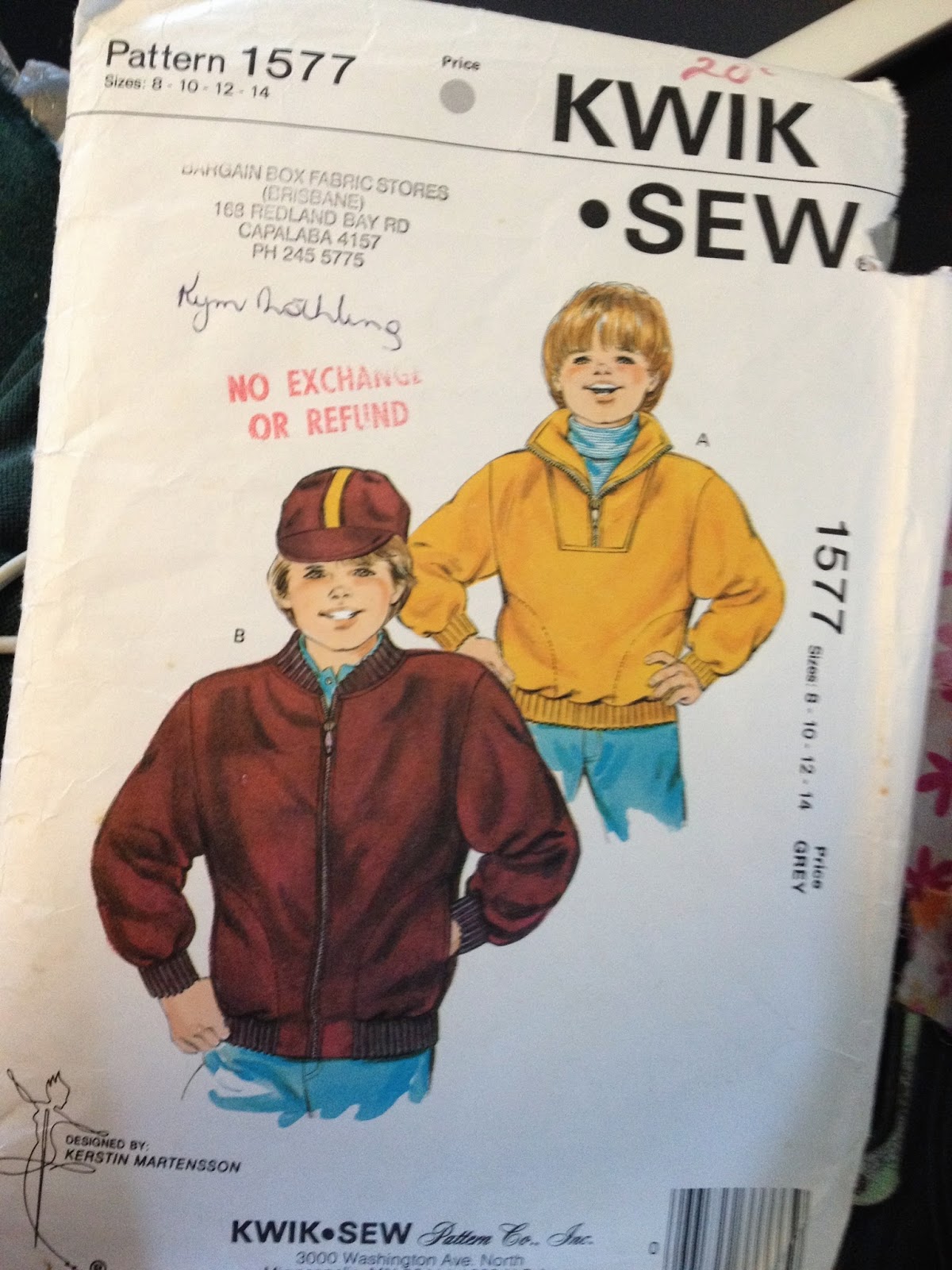 This is the pattern I 'used'. I didn't put the ribbing on as I hate bomber jacket styles - all that puffiness! I put kangaroo pockets on instead. It was a good base and I made the 12 which was pretty true to size. I wished I'd made the 14 as he loves it, but maybe he'll be over it by then anyway.

I made the 'backpack' by putting a dinner plate on the darker green and cutting it and some iron on interfacing.  I bought the lighter green as a remnant and sewed in on  as below. Then I put black bias binding through the middle and around the edge. A button represents the catch. 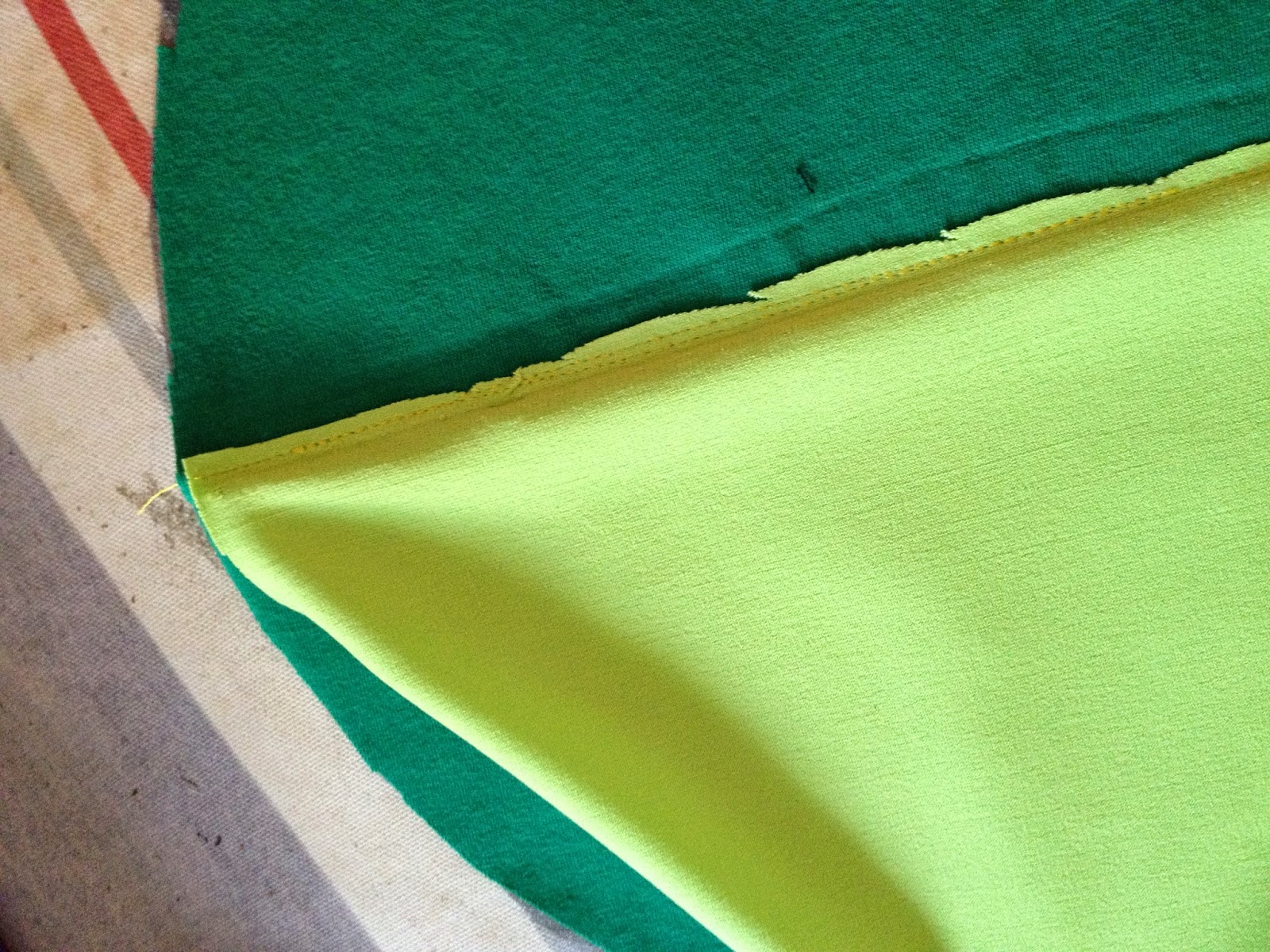 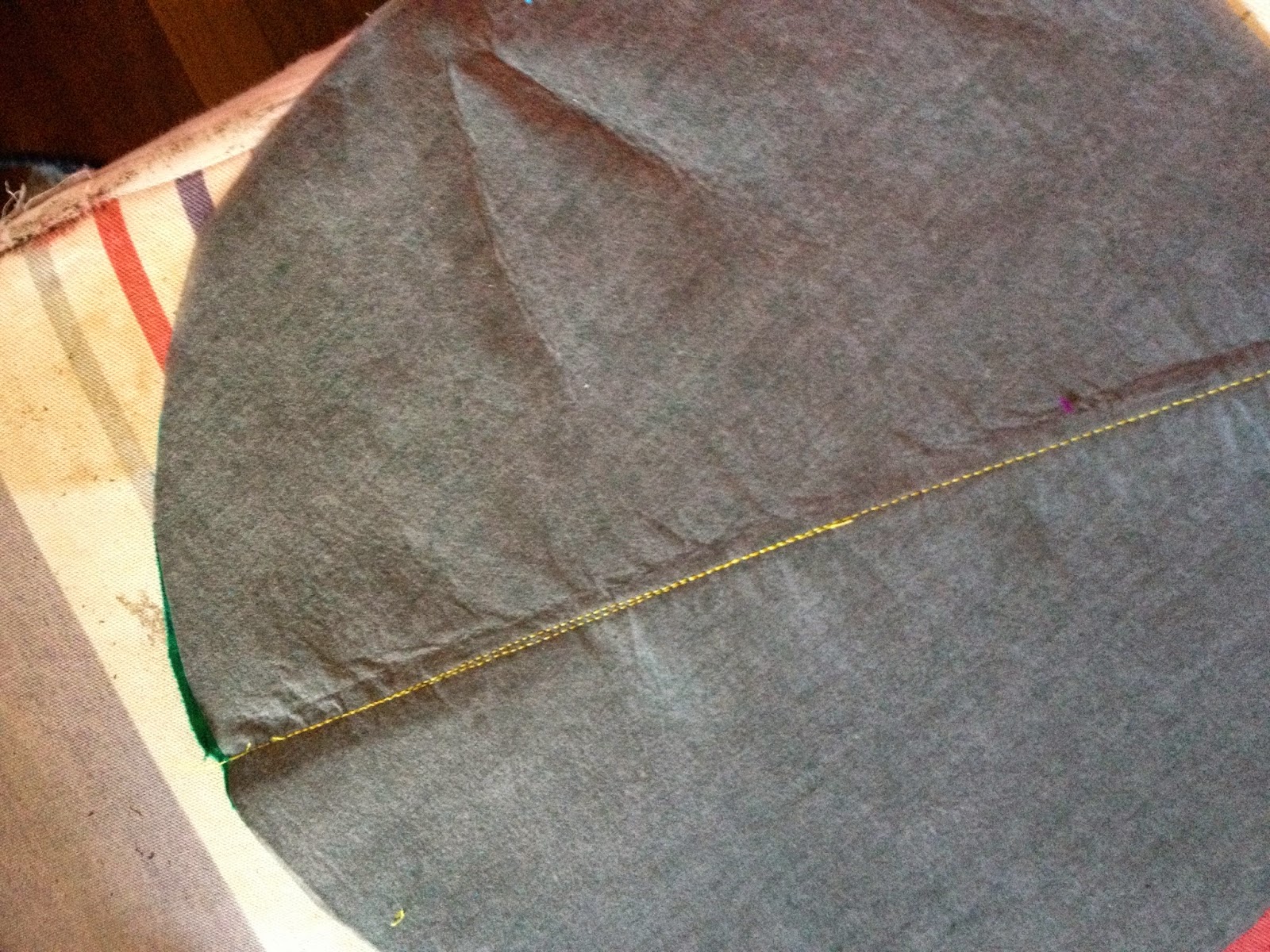 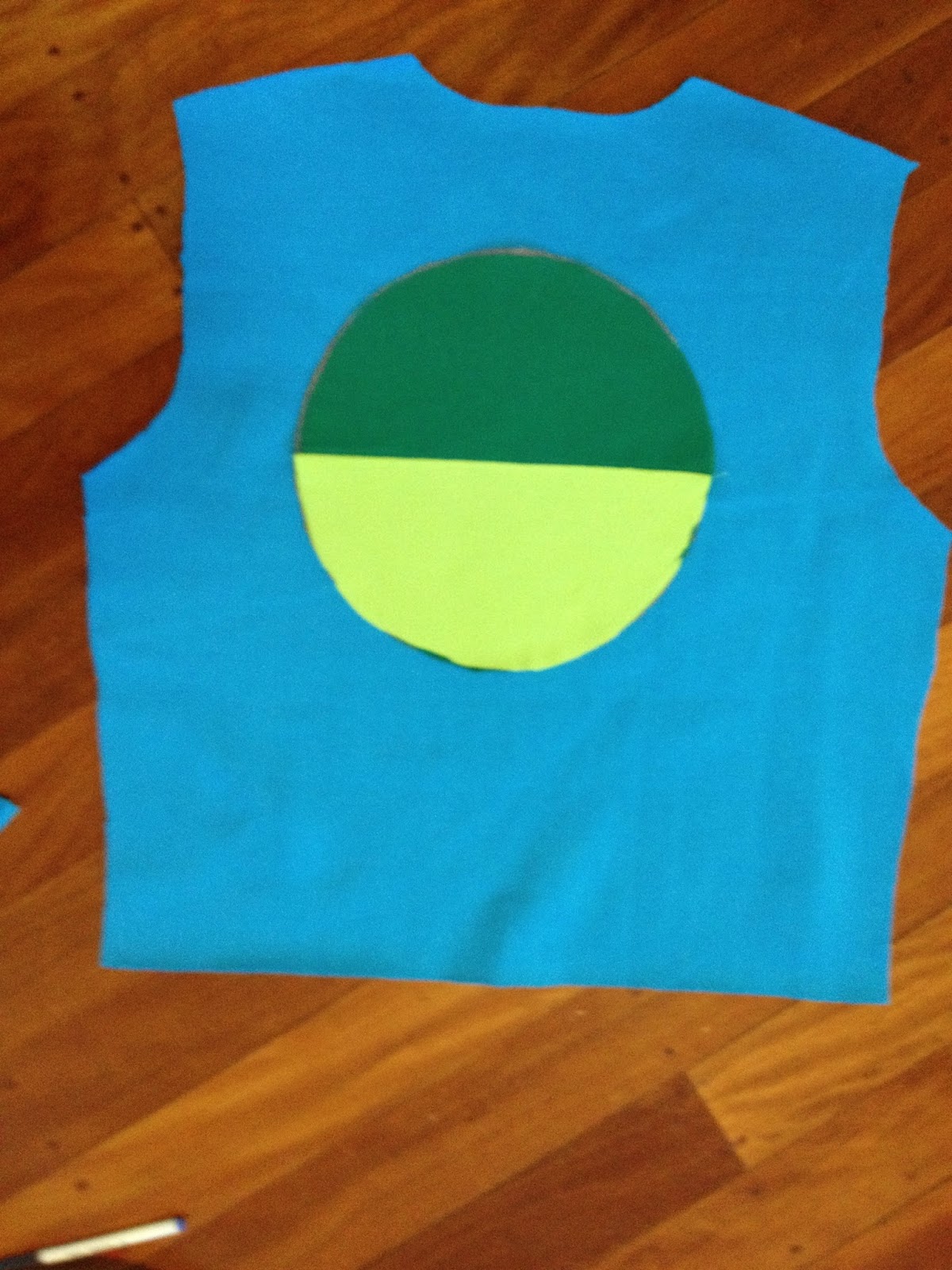 To make the straps I used the lighter green and made widish straps. The photos below show how to do this easily... leave a long tail with the overlocker thread, use a bodkin and thread it back through itself.. voila, easy.  Then I sewed some of the black bias on each side and straps replicated. I ended up sewing the straps down on the back at the top to keep them from falling off. 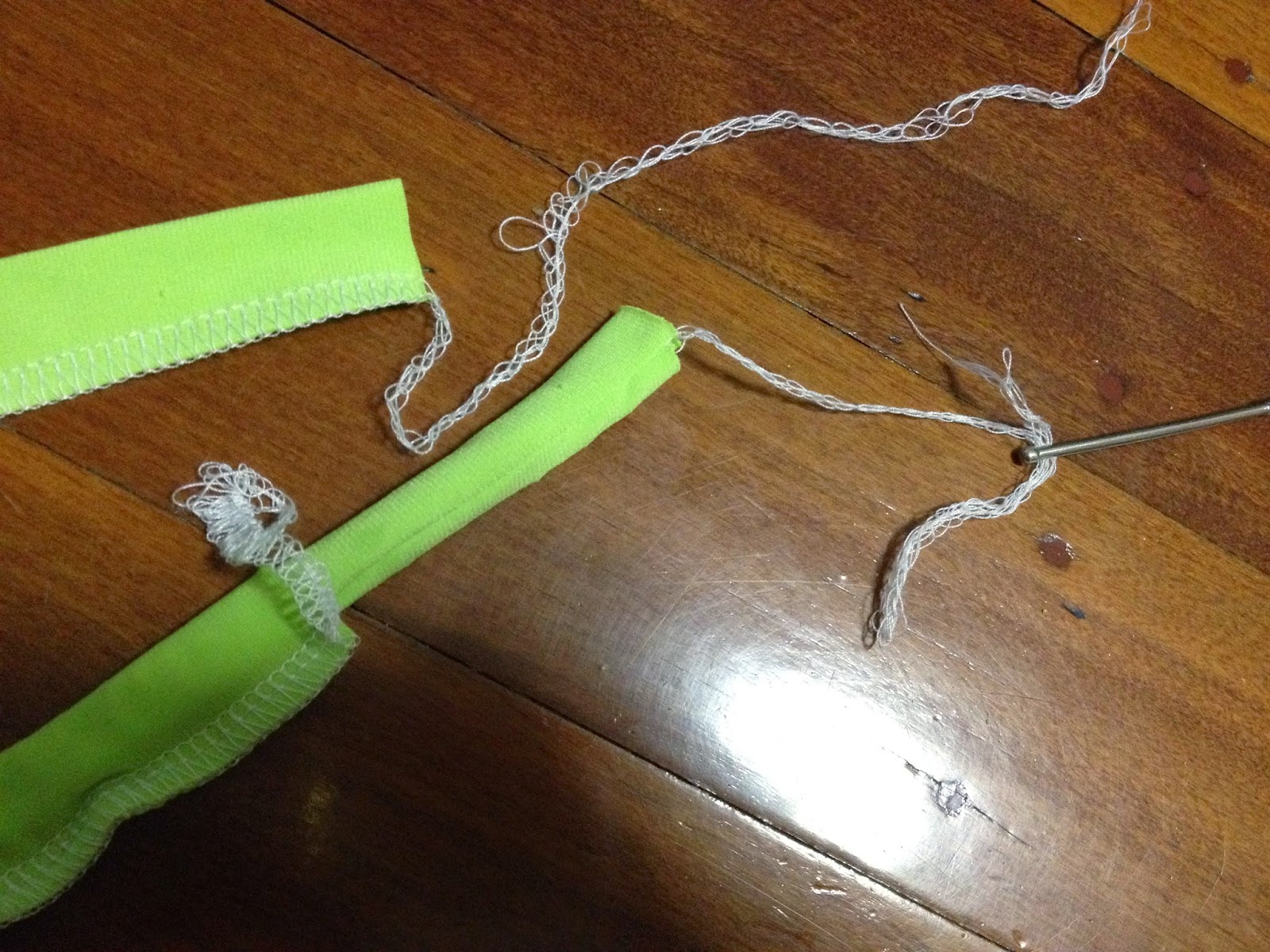 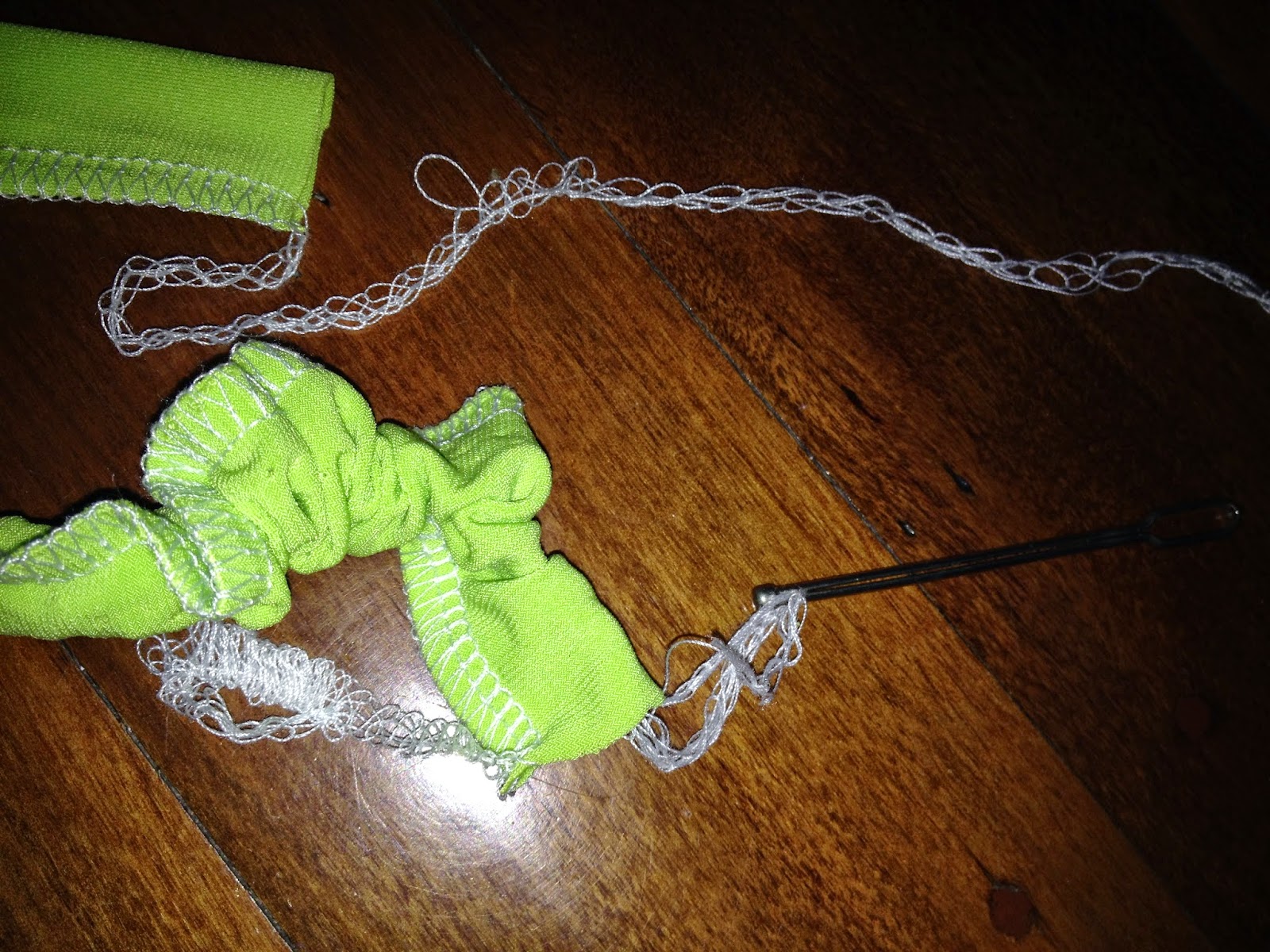 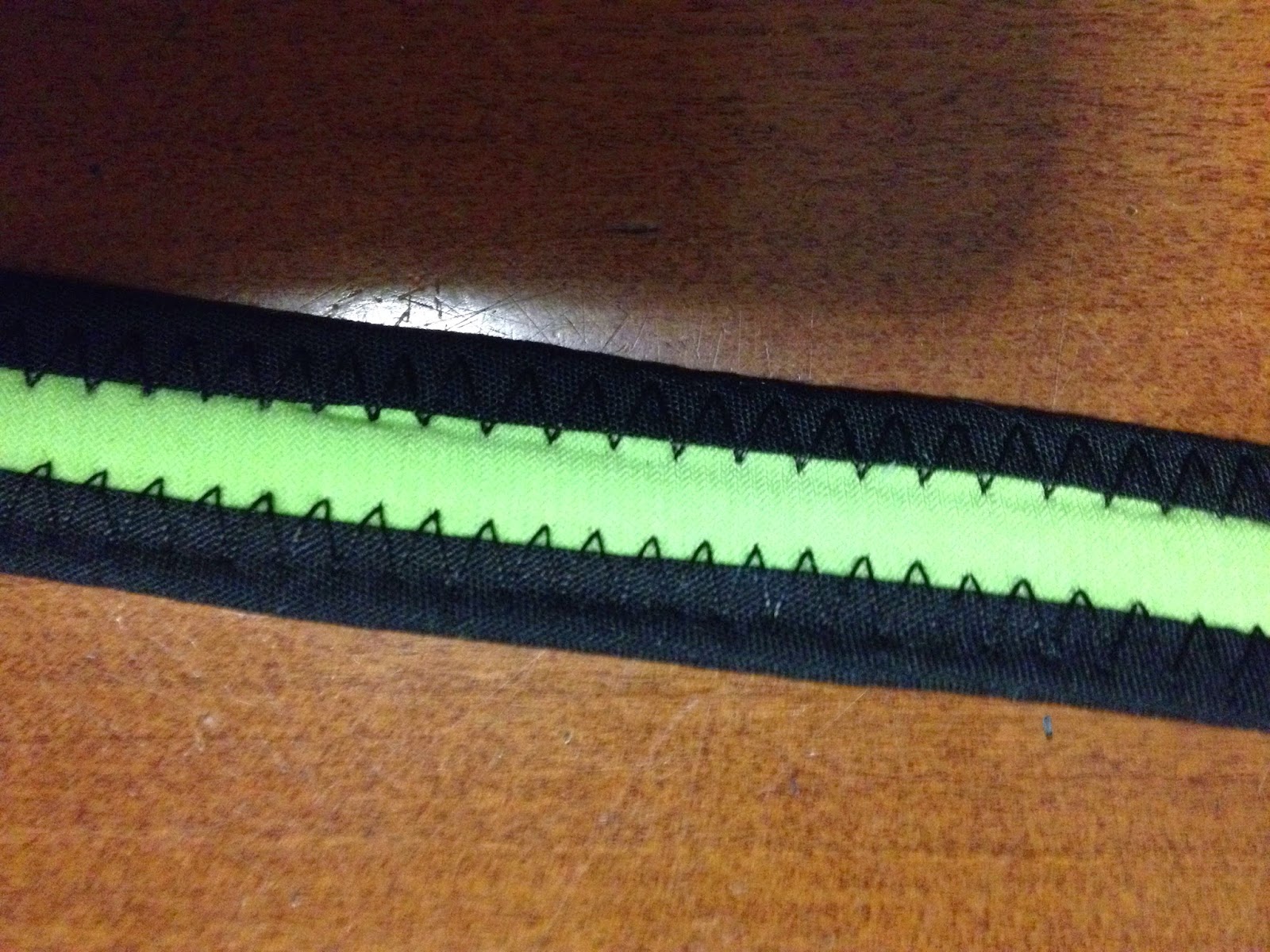 I used the hood pattern from another Kwik Sew pattern. Pinned all around the 'backpack' before sewing it on the back. 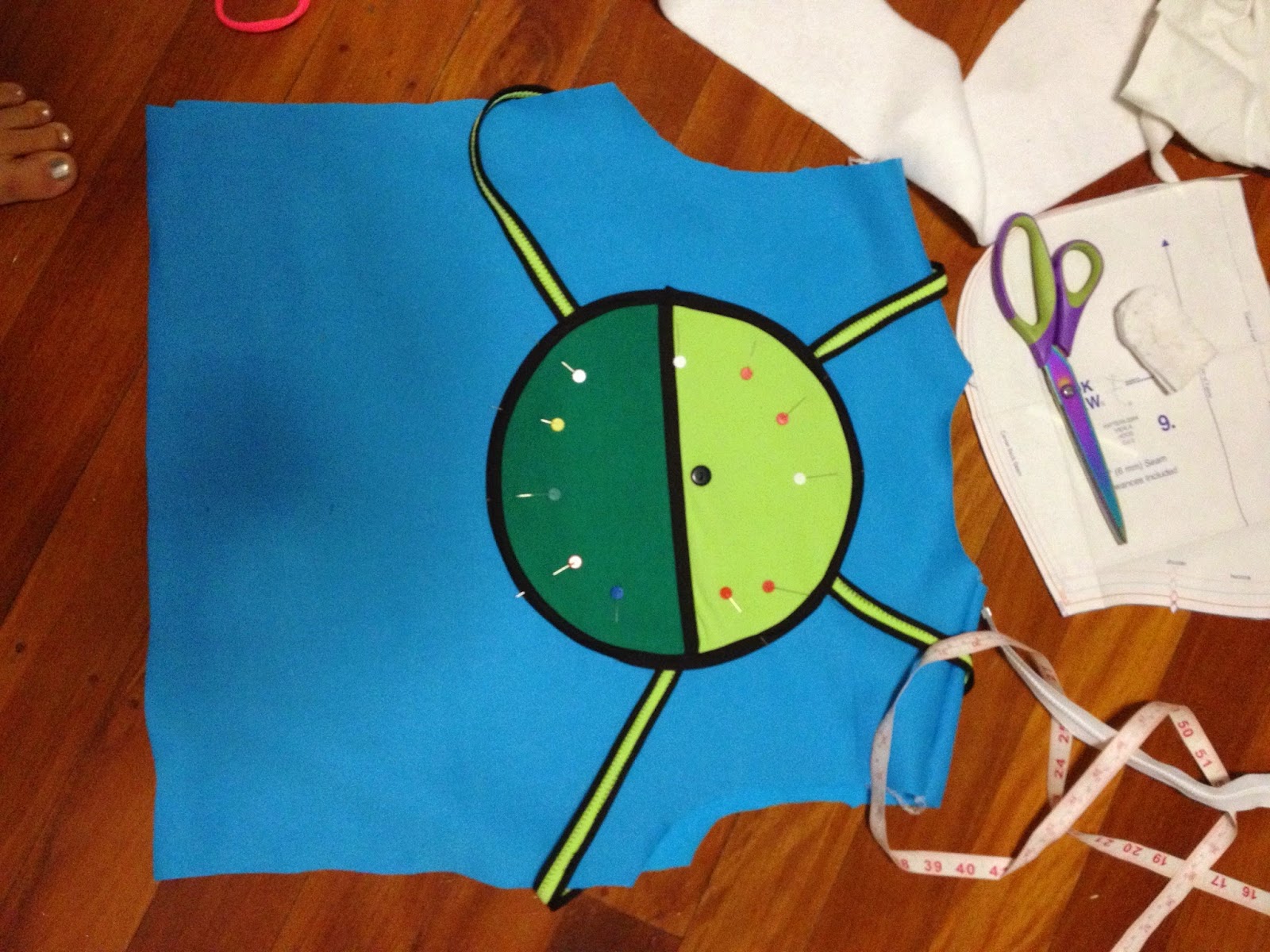 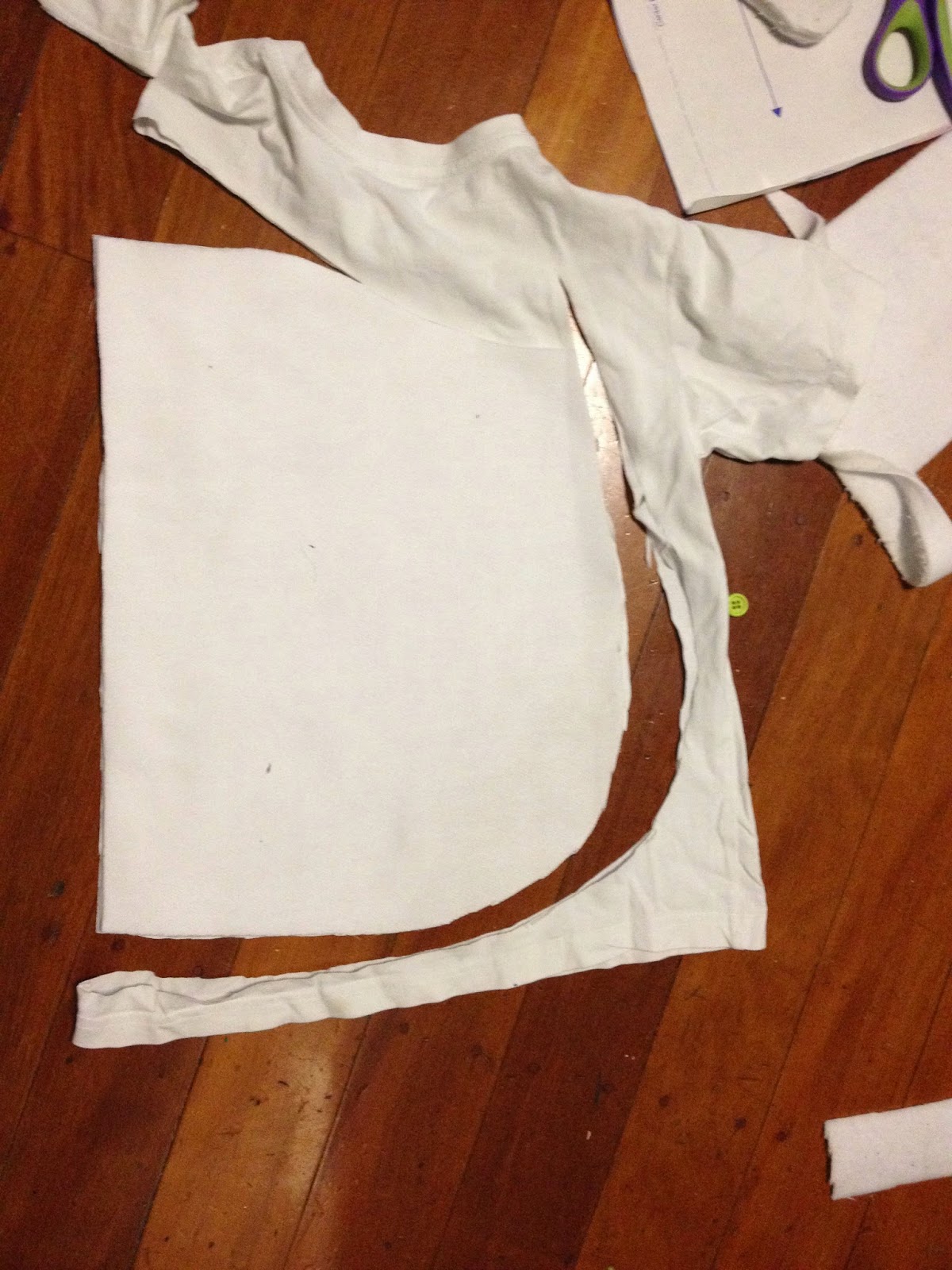 I made the little ears with the white fleece and stuffed a bit of polyester filling in to keep them up. Then I cut a slit in the hood and sewed it in. The lining for the hood I made from an old white t-shirt of Alex's that was earmarked for sewing undies lining. 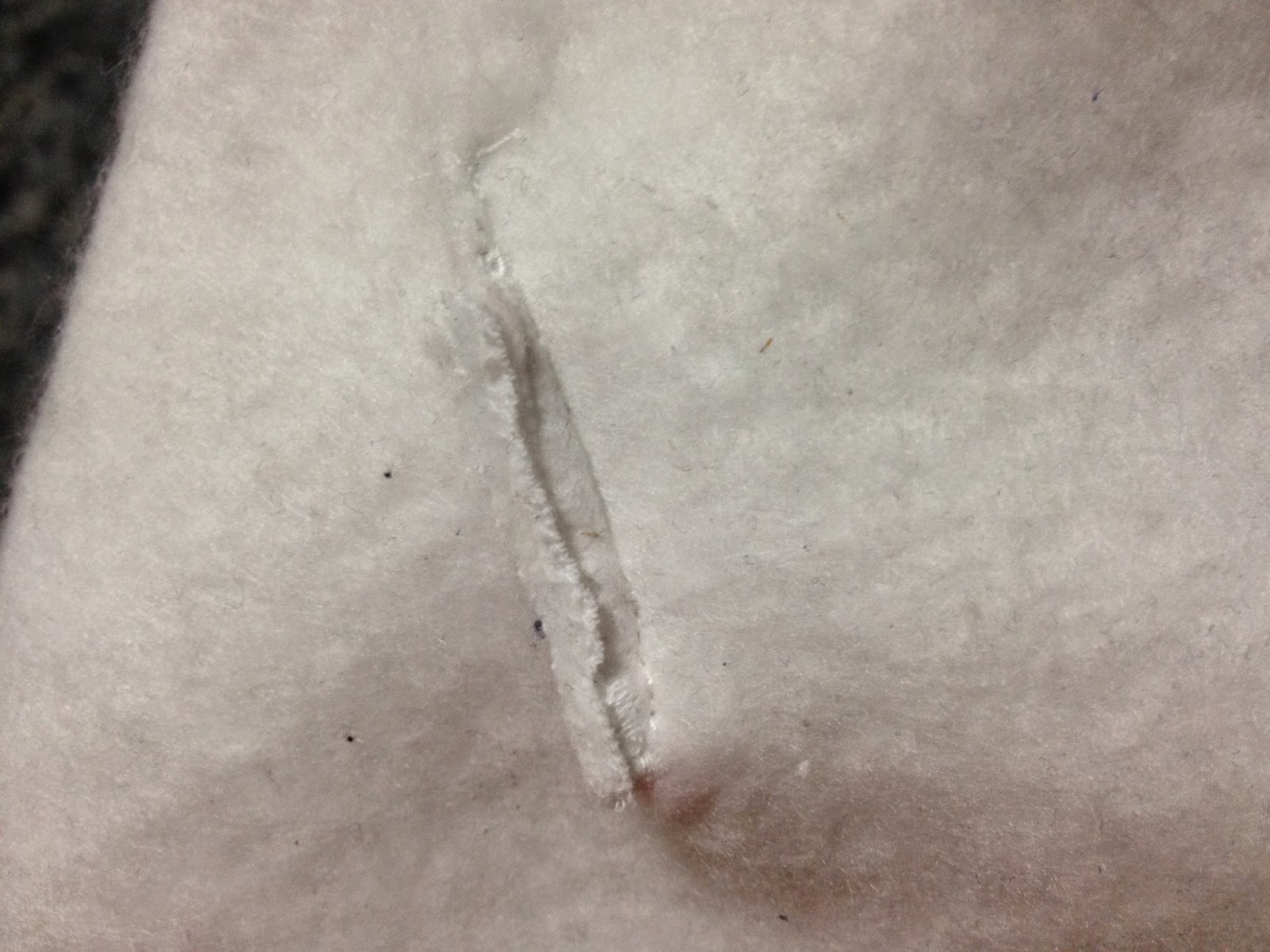 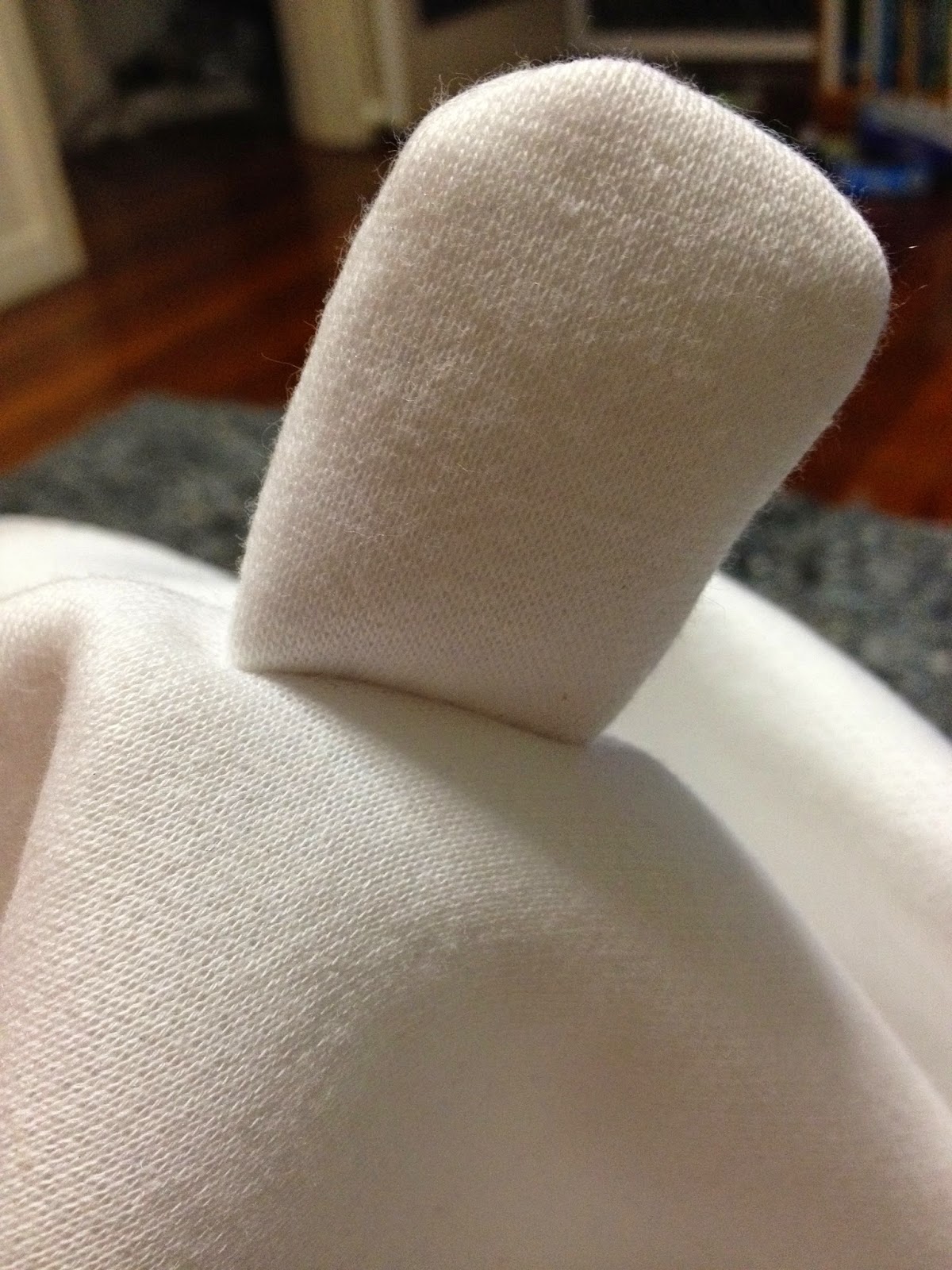 I have little eyelets but on the test sample it didn't work so I just made button holes, then  a casing and threaded through a long cord that I kept from some RTW thing. (pays to hoard some things). 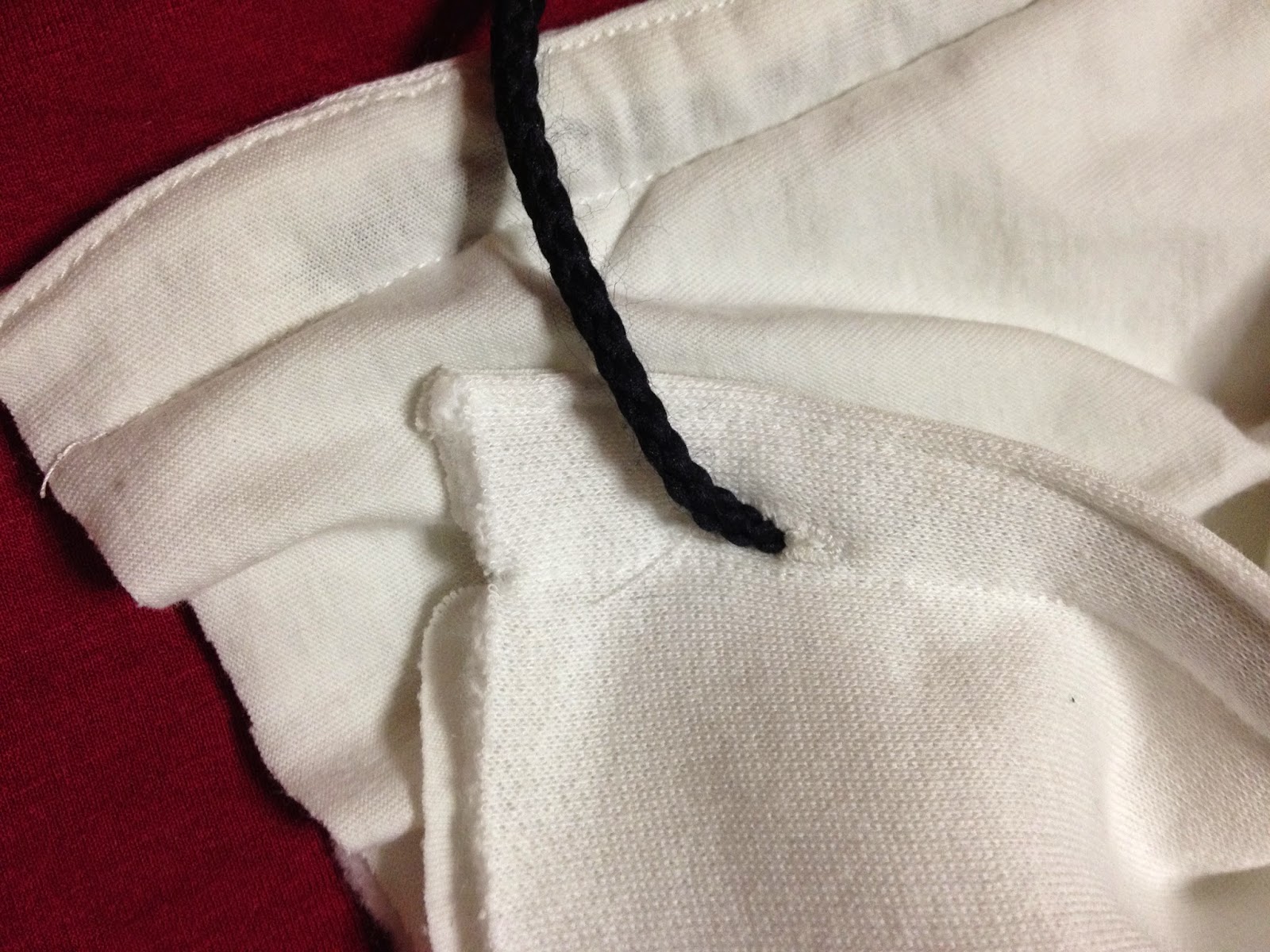 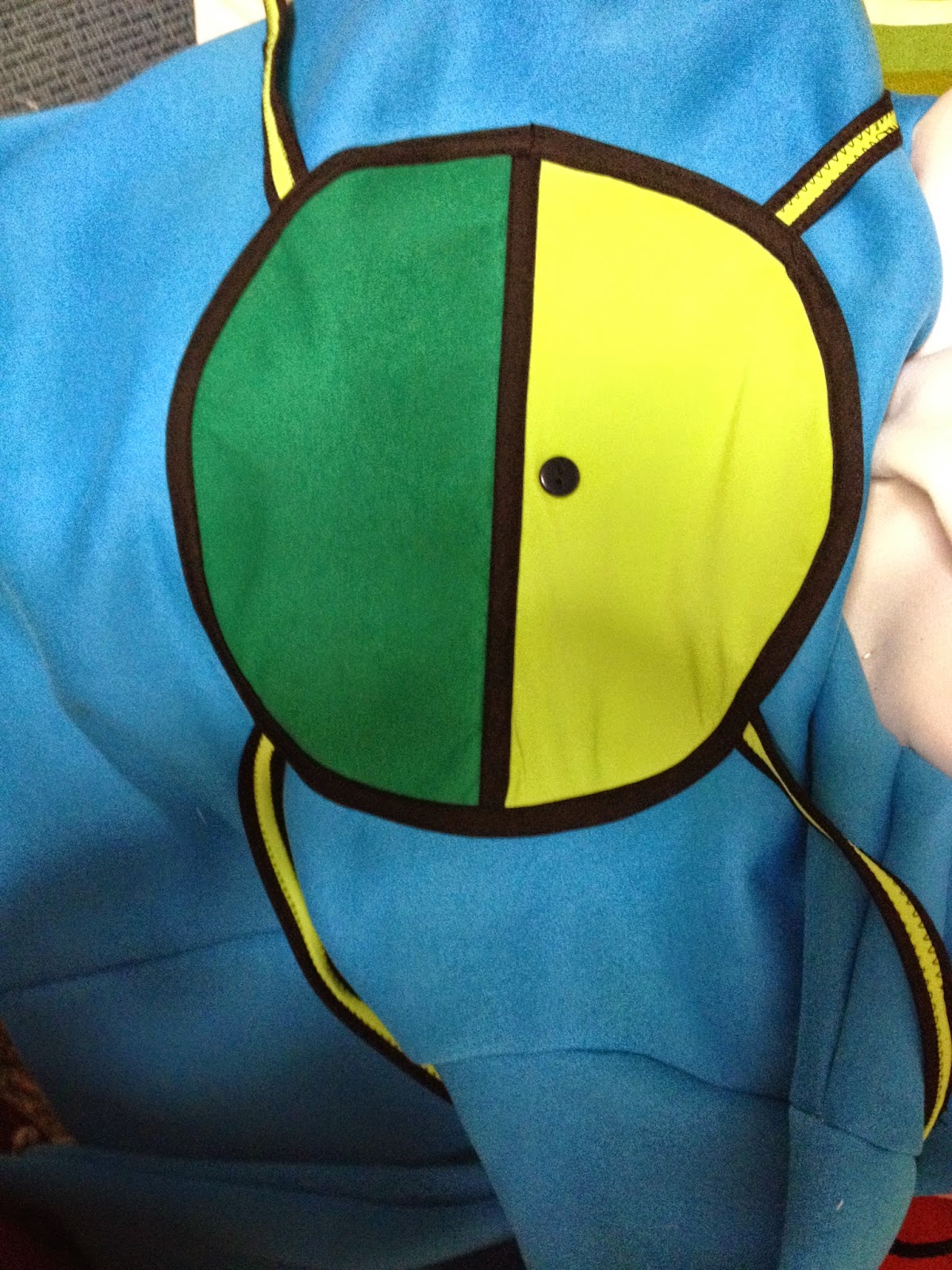 Finished back, I sewed around the outside of the black bias putting the straps underneath for a nice neat finish. I just turned up the hem and the sleeves and used the twin needle. Fleece is so easy to sew! I also made him some shorts with the royal blue colour to finish the outfit. I made them from a Burda pattern in a size 12 but they just fit him and he probably won't wear them but I put them in anyway. So, there it is. I have to say I am impressed myself.

Thank you for taking the time to comment. I love hearing what you think.

April 01, 2019
Well it's that time of year again. Brisbane Spoolette's High Tea - it is usually on around my birthday date so it's a great double excuse for a nice outfit and a cocktail.  I chose to make McCall's 7608. Originally it was View D but with the shorter legs, but I forgot and cut out the long legs so I stuck with it as I figured if I don't like them I'll chop them again. As it was I cut off about 10cm from the bottom and that was just enough. Now this pattern was one of the ones that my friend brought back from the States for me when she was living there (they are living in Europe now). So I would give her a list of wannabe patterns and she would get what she could in the $1 and $2 sales. When I saw this one, I was "huh? what was I thinking". Plus it takes a lot of fabric and I usually buy fabric I love and then match it, so it's usually 2-3 metres only so when I found this fabulous hot pink fabric at the Maroochydore 2nd hand shop and it was 4 metre…
7 comments
Read more